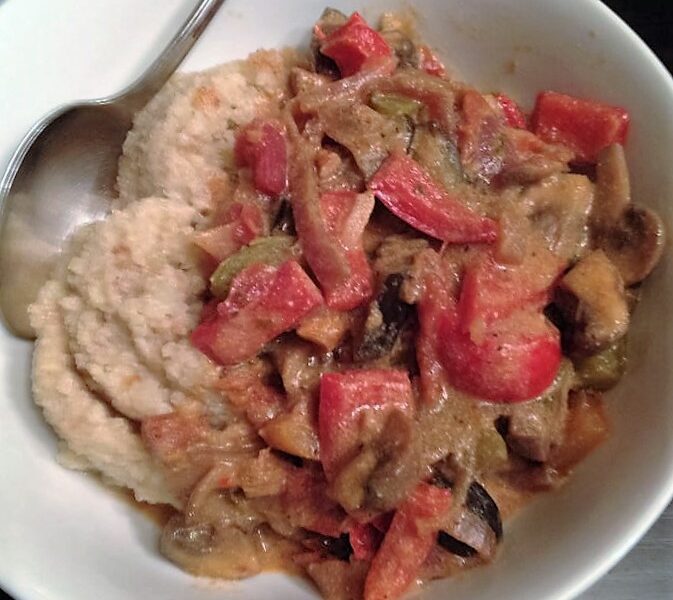 Paprikash is a classic Hungarian dish that literally translates as Paprika Chicken because of the ample use of the spice paprika in the dish. It bears a family resemblance to Goulash. Typically the meat is slowly simmered in a paprika infused roux and then onions, sweet peppers, tomatoes and such are added in. The finishing touch is to cream the sauce with sour cream. It is traditionally served 0ver noodles, rice or millet. It is easy to transform a classic dish like this to a vegetarian or vegan dish. To make it vegetarian you simply skip or replace the meat like I did with meaty chunks of black beauty eggplant. To make it a vegan dish, you cut out the dairy – essentially all animal products, I whipped up my own tofu sour cream and served it over roasted cauliflower rice for a further calorie and starch reduction. 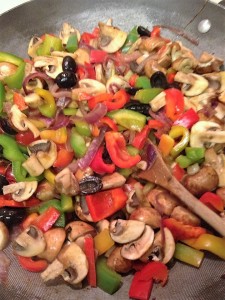 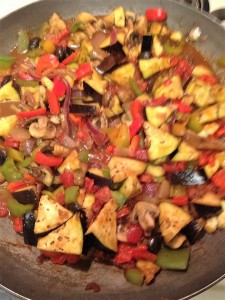 Paprikash begins with half a large red onion diced and browned, three cloves garlic minced, two red peppers and two green rough chopped, a package (8oz) of baby portabella mushrooms in quarters, and a handful of halved black olives to cook for a bit. After the veggies cooked down some, I added chopped eggplant, a can of diced tomatoes, three tablespoons of smoked paprika, (I choose to use smoked paprika because it is sweeter and richer in flavor) half a teaspoon red chili flakes for a little sass, half a teaspoon sea salt, and one cup vegetable broth to simmer and reduce. 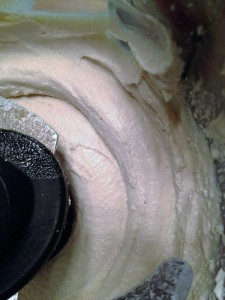 To make Tofu sour cream I used one block tofu pressed and drained. Two tablespoons lemon juice, a half teaspoon of sea salt with a drizzle of olive oil and one tablespoon of Tahini. Whip the whole thing up the Ninja until smooth and creamy. If you cannot handle soy, make sour cream from raw cashews soaked in water over night. Allergic to nuts? No problem, use Pepitas or pumpkin seeds soaked over night. The coloring may be slightly off but the texture and the flavor will be spot on! Just stir that vegan sour cream into the veggies and let it start to thicken into a gravy like sauce. 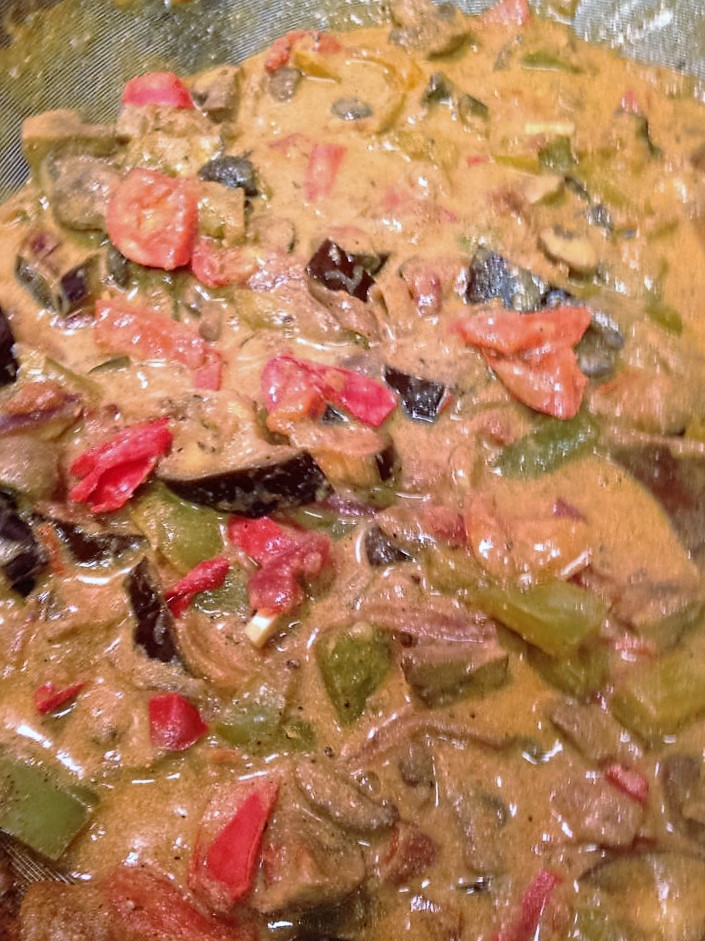 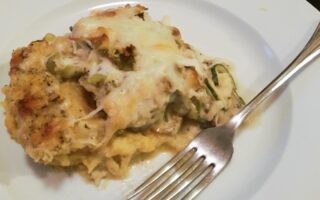 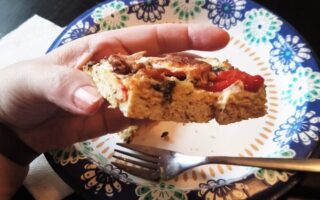