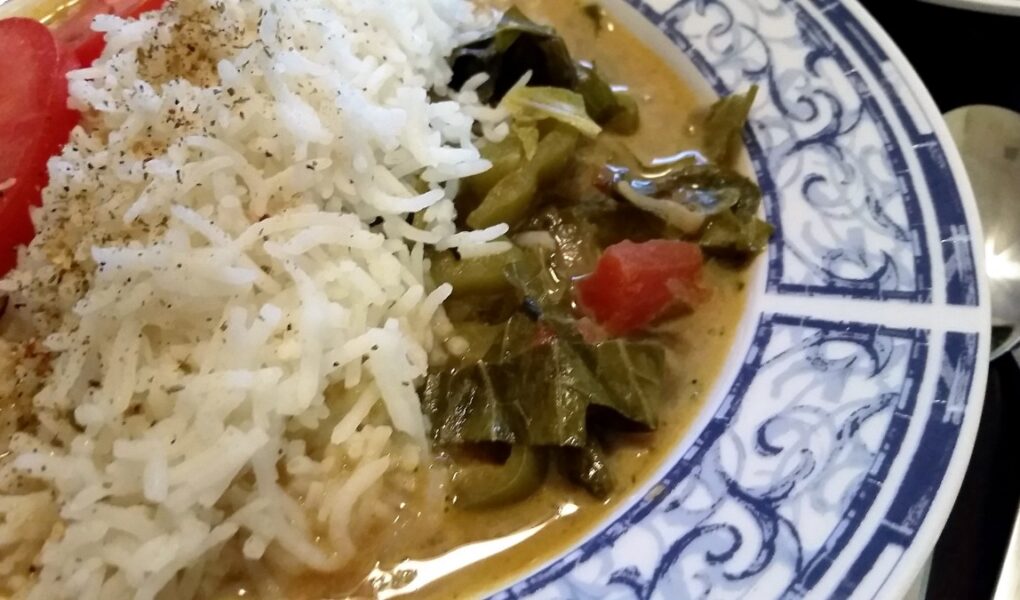 Callaloo is a dish of greens cooked Jamaican or West Indian style. It is based on a dish that originated in Africa and traveled to the West Indies with the slave trade and is made with a leafy green vegetable like spinach, collards, chard, and can even include Okra. There is also a green veggie that grows in the West Indies that is spinach-like that is called Callaloo. In the islands this dish can be seasoned with seafood like shrimp and crab or it can remain purely plant based which suited my purposes very well. I had received two big bunches of locally sourced Collard Greens 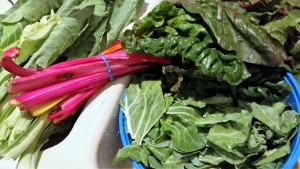 and a bunch of Swiss Chard too and I was perplexed as to how to fix a decent pot of greens without meat to season it. I am currently practicing a vegan (and sometimes vegetarian) diet for weight loss and I do love a pot of greens. Well, I am here to tell you I will be cooking my greens Callaloo style from now on! This pot of greens was stellar!

This dish is served as cooked greens with rice or dumplings and in some countries it is pureed into a very nice vegetable soup, it is the soup recipes that include okra.  The secret to the yumminess of cooking greens this way is that they are cooked in a coconut broth made from combining cocnut milk with vegetable broth. It makes a very silky dish and helps remove the bitterness of the greens without adding sugar to the pot. Coconut fat is a very healthy fat too! They other difference is the addition of sweet peppers and tomatoes and wonderful Caribbean spices. I was blown away by just how good these greens are and how fully flavored as well. Once they are on your plate there is no need to add salt or pepper or any spicy pepper vinegar, the flavors are fully developed and the level of heat is perfect right out of the pot! 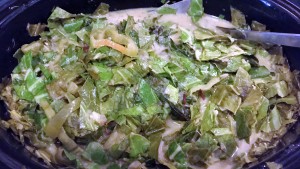 I used my big six quart Crock Pot to cook my greens, I started by slicing up 6 sweet onions and 2 scallions or Green onions and letting them cook down with a pinch of salt over a three hour period, stirring them every hour. At the end of the three hours I added a box of Thai Ginger infused broth and refilled the box halfway with water and added that to the pot. Then I began layering in the other vegetables; Sweet Cubanelle Pepper rings, gorgeous dark green Swiss Chard with it’s veins of red and milder Collard greens all sliced to ribbons. As I layered I would give it a stir to blend the vegetables all together. I had more collard greens so I ended up only adding about half of them to begin with, as the pot cooked down I added more collards and then finally added the last little bit after I had removed four servings. 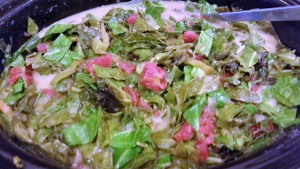 During the cooking and adding greens process I also added a can of coconut milk and two cans of no salt added diced tomatoes. The tomatoes pair well with the greens from both a flavor perspective and a visual perspective. It really is a lovely dish! Seasoned with the flavors of the islands using Smoked Paprika, Thyme (fresh or dried), Turmeric, Salt and Habanero pepper and the lime, ginger and lemongrass of that broth it has an exotic and lush quality and it will make your house smell amazing. Total cook time was a full eight hours in the crock-pot on the high setting, cooking greens is usually an all day affair. They will be even better the next day! I served ours with some fluffy Jasmine rice and butter beans and garnished with some fresh tomatoes, but you could even serve it with gnocchi or dumplings in the broth, or cook some white potatoes with it. It really is super versatile. 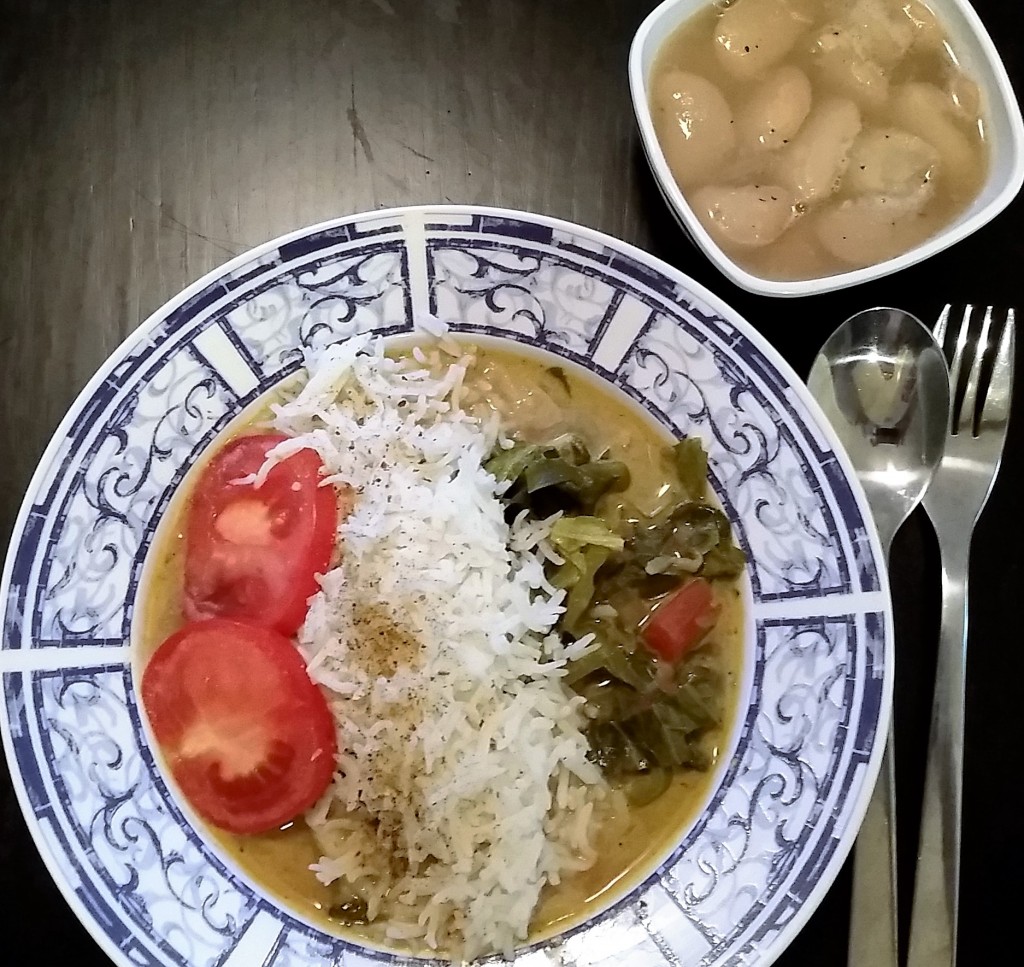 NOTE: After dinner, I stirred in the last batch of fresh collard greens to the pot to replace what we had eaten and finish up my collard greens. 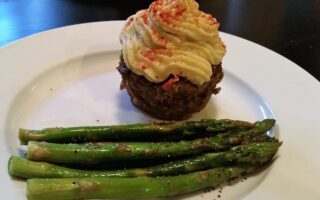 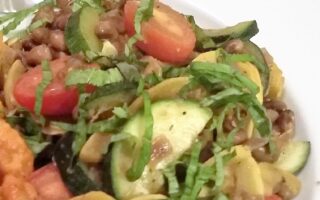 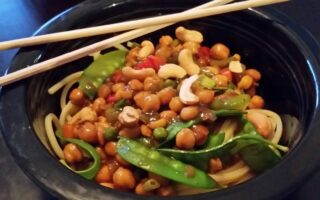