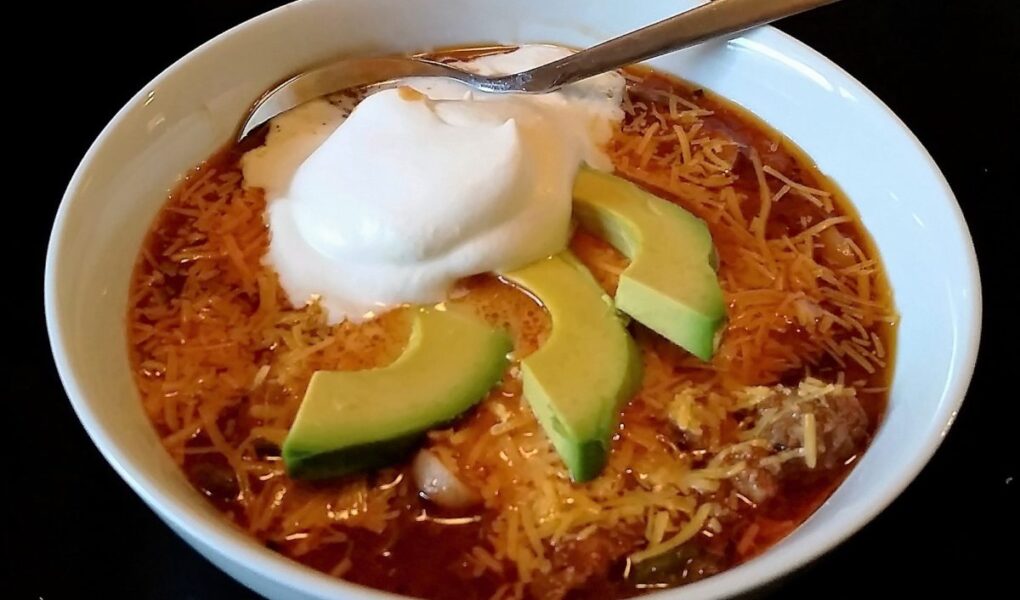 My Grandpa John Baines Bailey had a serious reputation for making fantastic chili. In fact, he had a pot going when he first met his first grandchild (moi) and my mother tells the tale of how he would not put me down all day and was up stirring the pot and instructing me on the art of excellent chili. Today, I do believe I did him justice. This is the best pot of chili I have ever made and the bonus is, it is low carbohydrate and in perfect alignment with my Ketogenic diet. The win is that it tastes so good, everybody asked for seconds and my husband wants to know just when I will be making chili again!! Made from both fresh and preserved ingredients it turned out to be the only way I will ever make chili from now on! Every time we have steaks my husband trims them down and we save the trimmings in a freezer bag in the freezer for just such a use. I pulled out about a one pound bag of New York Strip Steak trimmings to thaw and then ground it up in my Ninja.  I diced up several scallions and tossed them in my preheated wok (basically the biggest skillet I own) and scraped that fatty burger out of the processor bowl into the pan to brown along with a pound of sage breakfast sausage. There may be some large chunks of fat left after you grind it, do not pick them out, they will render down in the crock pot into some serious fat melting goodness. While my meat was browning I added my preserved tomatoes to the crock pot and set it on high. I preserve tomatoes by pureeing two at a time — these were HUGE tomatoes along with 6-8 cloves of garlic. It freezes really well and can be used for everything from marinara to ketchup. Don’t have bags of tomato puree in the freezer, no problem, just puree a couple large tomatoes with a hand full of garlic cloves and toss it in the pot, it is all good. Once the meat is browned I scrape it all into my tomato puree in the crockpot, season it up with just a little of the three C’s: cayenne, cumin and cinnamon. The real seasoning comes from the secret ingredient; Cactus. I use about half a jar of Dona Maria Nopalitos, drained including any onion bits and jalapeno peppers that might be in there. These cactus are very spicy but have no sugar added. Seal up the crock and let it cook on high for 3-4 hours.

After the crock has had time to cook  a few hours (3-4) open it up and add a couple cans of tomato sauce that is just that… tomatoes, no added sugar or salt. Also open a couple small cans of sliced mushrooms and add them liquid and all. You can use fresh sliced mushrooms if you choose to, I did not have any on hand so the cans had to do. Stir it all up and re-seal the lid and cook it on high for another couple of hours. The high temperature and hours of cooking will render all of the fatty pieces down into a gorgeous sauce.

Right before serving, I whipped up a batch of fresh sour cream in my Bullet Blender using one cup of heavy whipping cream, two tablespoons of lemon juice and a pinch of pink Himalayan salt. It really is wonderful sour cream. To serve, give the chili a good stir or two before you dip it into your bowls. Garnish each bowl with a generous portion of shredded Sharp Cheddar, a few slices of fresh avocado and a dip of that crazy good fresh sour cream. You can thank me later. 😉 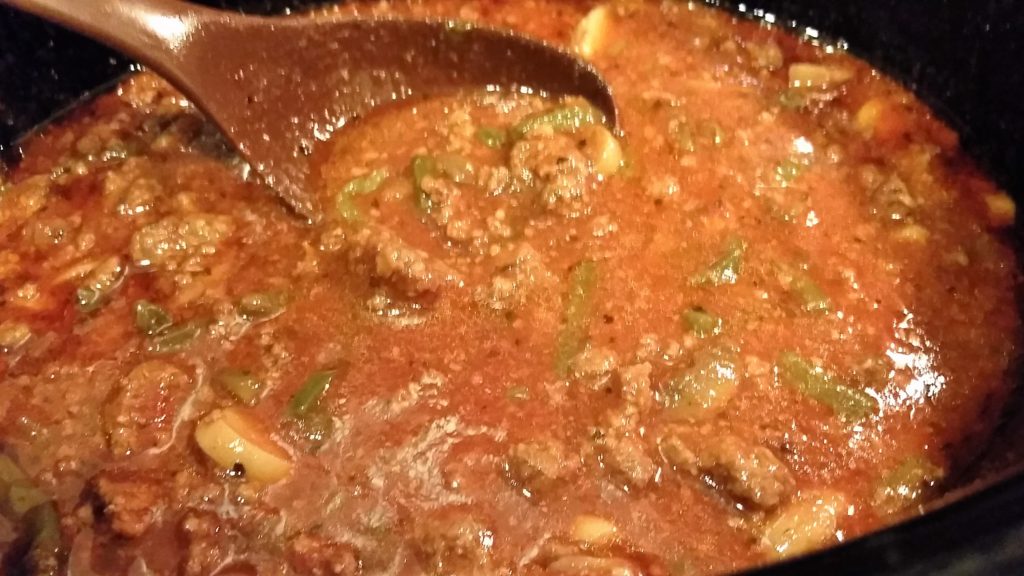 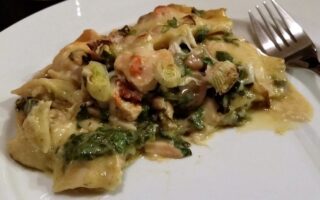 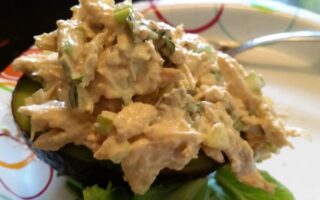